Engineer Awil Sharif, CEO of this newest addition to the world-renowned Group, going over a number of salient points peculiar to the brand cars Dahabshiil introduced, stated that the brands currently available and on their way were all carefully selected to best suit Somaliland roads, condition, climate, laws and friendliness to both the climate and the motorist.

“These cars are fitted with features that place the highest priority on safety to the driver, co-motorists on the road and the pedestrian,” he said. “We have carefully screened all brands and went over high-tech features with the manufacturers for over two years before launching”.

Engineer Awil said he was not only confident but dead certain that anybody who went behind the wheels of a Hyundai car even on a test drive will never look beyond it.

He said company launched will serve customers in the whole region of the Horn and beyond, and that servicing and warranties were guaranteed.

The Founder patriarch of Dahabshiil group, Hajji Mohamed Said Duale, who, himself, had started from very modest beginnings fifty years ago to found a worldwide trusted network of services, revealed that Hyundai Co., itself, had undertaken its own research on available markets here and was greatly satisfied with what it found out.

“It has never been easy to convince a partner to a new market, new clime new conditions which it had no prior history with. Accepting this partnership on full throttle is an accolade of the highest order to us all and to the region,” he said.

President Bihi, officially inaugurating the function, recalled how Dahabshiil, through its varied companies, had never failed its customers.

“Even when everything was in rubble and ash in the early years, it was Dahabshiil money transfer operations which saved the day,” he said. “Since then, hardly was there a critical situation which needed its contribution that it did not jump to the head of the list on at the slightest bidding”.

“Delighted that, today, we have a choice to drive off a high-tech vehicle and not a reconditioned wreck which had been whipped and battered for 10 to 20 years before being re-exported to our markets,” Chairman Irro said.

The Chairman, later, Tweeted how pleased he had been to have participated in the launching.

Engineer Faisal Ali Waraabe, Chairman of the second national opposition party, UCID, reiterated his undivided testimony to the developmental, forward-looking role Dahabshiil has taken in social responsibilities as it did in pioneering unique products, brands and services.

Dr Edna Adan, the very formidable, saintly figure who championed women rights and health, the founder of Edna Adan University Hospital and the Special Presidential Envoy to the Somaliland/Somalia talks, bought the first car on the spot.

“I cannot express how happy I am that an international company and a manufacturing giant such as Hyundai has validated Somaliland security and business climate to this extent,” she said.

Other key speakers at the grand opening included the honourable ministers of Transportation and Trade, Abdullahi Abokor and Mohamed Saed Sachin, respectively, statesman and former interior minister Ali Waran Adde, and a number of top business community and traditional leaders, who all echoed their pleasure at seeing this newest, high-profile addition to the country.

Hyundai partnered with the giant Dahabshiil group of companies in an exclusive dealership which, for the first time in the history of Somaliland, gave Somaliland and regional motorists a wide choice of zero-kilometre high-tech cars of all types from the 52-year-old Korean company headquartered in Seoul.

Vehicles that were on show on Thursday at the posh stands which will house Hyundai Motors included the SUV (Sports Utility Vehicles) which are Grand Santafe; Santafe; Tucson; Creta. They’re 4WD except Creta which is 4×2. Smaller makes included the Elantra; Grand i10, Minibus H1, and  Minitruck H100.

The Palisade which is going to be the top of the range is expected to arrive at the end of 2019.

The company, however, operates the largest integrated automobile manufacturing facility in Ulsan, South Korea which has an annual production capacity of 1.6 million units. The company employs about 75,000 people worldwide. Hyundai vehicles are sold in 193 countries through some 5,000 dealerships and showrooms. 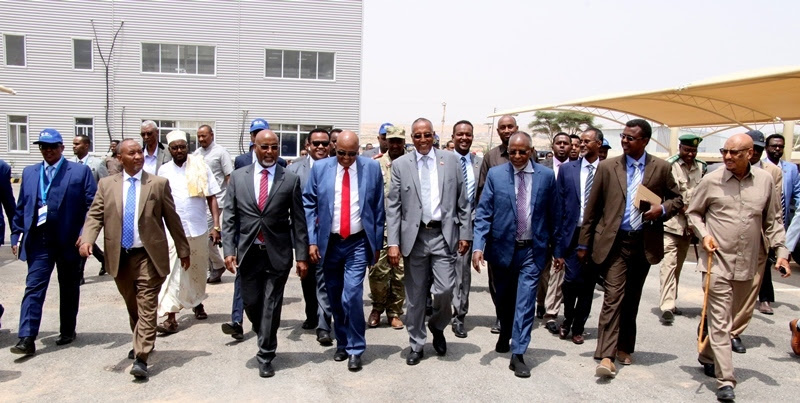 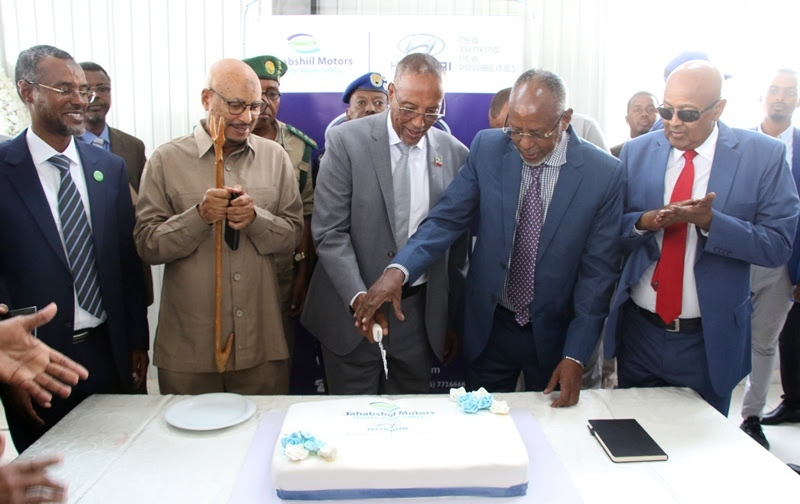 Somaliland: Report on aid and grants received by the Covid-19 National Secretariat and Coordination Centre