The second highest but largest delegation arrives from Ethiopia’s Somali and Oromo federal states to participate in a trade and industrial expo which opened today, Wednesday, in Hargeisa, the Republic of Somaliland.

The two delegations arrived separately on Tuesday and Wednesday.

“This most illustrious delegation from the Oromo State is here, primarily, to attend the industrial expo. Members will take the opportunity to visit Berbera Port, the Free Zone and industrial and productive sectors while they are here, too,” Ambassador Guleid said.

“We are most delighted to welcome the delegation and hope this and many more to come will see to it that economic, social and security ties between Ethiopia and Somaliland are further strengthened to cement the already strong relations between Ethiopia’s eastern states and the Republic of Somaliland,” he added.

“We feel we are already home as this is my second visit to Somaliland,” the delegation leader, Chaltu Sani, Vice President of the Oromo Regional State, said.

“We are here, too, to further develop the economic integration between the two sides,” he added.

On Tuesday, at the border, bustling trade town of Wajaale, the Republic of Somaliland Trade, Industry and Tourism Minister, Mohamed Ahmed Awad, received another high-level, ministerial delegation from the Somali-Ethiopian State.

The Minister of Trade, Bashir Shafi Omer, led the Somali delegation which also included the Minister of Youth and Sports, Hassan Ali Farah and Dr Hassan Abdillahi Bade, Chairman of the Chamber of Commerce of the Somali Regional State of Ethiopia.

Today I welcomed a delegation from Somali region in Ethiopia at Wajaale led by Minister of trade and industry, who will participate the Somaliland industrial production fair in Hargiesa #Somaliland #Jigjiga 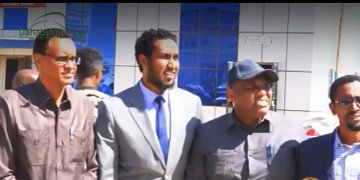 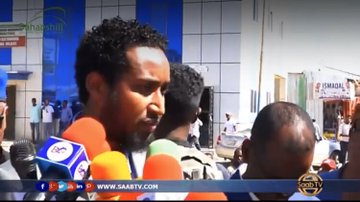 18 people are talking about this

Somaliland imports about  190-million-US Dollar worth of the mild narcotic catta adulis from the Ethiopian side Oromo Regional State yearly as recently revealed by the Minister of Finance Development of Somaliland, Dr Saad Ali Shire.

Ethiopia owns a 19% share of the Berbera port development stake under the DP World-Somaliland concession agreement.

To support the anticipated trade volume pickup between the two sides, a 256-kilometre dual carriageway is being built to connect the Red Sea port to Wajaale at the Ethiopian-Somaliland boundary.

At present, Somaliland has little outbound trade for Ethiopia but it is hoped that a more formalized and more enhanced trade relations between Ethiopia and Somaliland would encourage sal, fish and other fishery products, among others, to be exported to Ethiopia’s over 100 million inhabitants on a regular, more significant volumes. 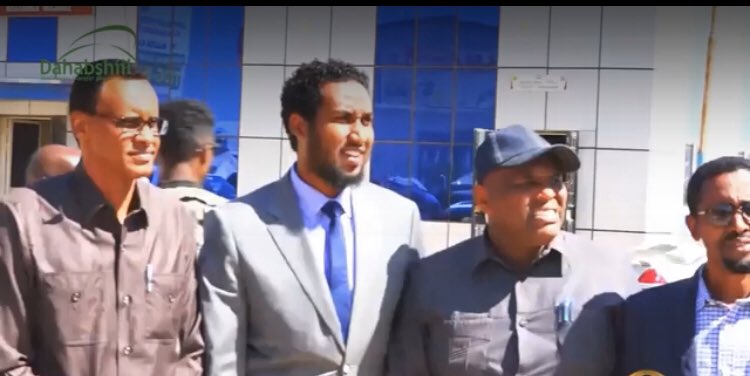 Somaliland: KSrelief launches a number of humanitarian projects in the country

With an eye on Taiwan, China arms Somalia against Somaliland