His Excellency the President of the Republic of Somaliland, Musa Bihi Abdi, received a delegation led by the EU Mission Charge d’Affaires, Mr. Fulgencio Garrido Ruiz, on an official to Somaliland, at the Presidency where the two sides discussed a number of issues fundamental to the process of democracy and development.

According to the official Facebook page of the presidency media office, discussions alighted on social welfare and infrastructure issues such as possible EU contribution to the vital Berbera-Wajaale corridor road, and on-going and/or just-completed water projects for Hargeisa, Wajaale, Borama, Erigavo, and Burao.

Time was given how the recent announcement of the National Electoral Commission (NEC) on the postponement of expected parliamentary and municipal election in March 2019 could be reversed.

President Bihi informed the delegation that the Somaliland government has met its financial commitment to the slated elections in full and that one of the reasons NEC cited as justification for its announcement was the delay to international partners’ pledge to the process. He asked the delegation to also sit with the commission to explore how the process could be technically put on the road again, when and with what.

Regarding the recent declaration of the President on the cessation of talks with Somalia due to the incumbent leadership of Somalia’s insincerity to the continuation of dialogue and its incessant attempts to drive a wedge between the de facto republic of Somaliland and the international community partnerships. The President highlighted how President Farmajo and his government have reversed all the development made on talks between the two sides since 2012 including the unilateral abrogation of agreements struck on joint-management of airspace, non-politicization of development programs, and the avoidance of adverse propaganda forays/campaigns against one another – overtly and covertly.

President Bihi stated that Somalia, in lieu to finding ways for future, mutually acceptable cooperation between the two countries, Somalia was busy on subterfuges and open political, military and economic warfare against Somaliland which, the internationally, could easily verify – if not already in possession.

As discussions were frank, candid and of mutual import, they were concluded on a high note, according to official sources. 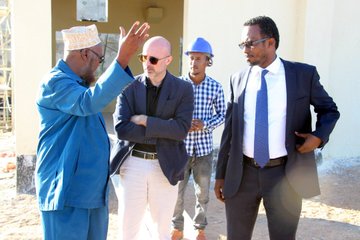 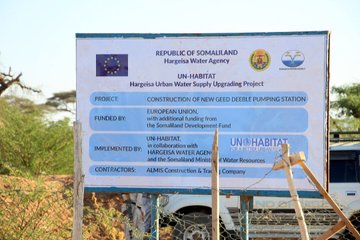 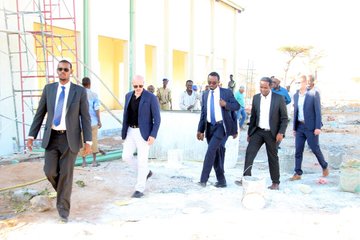 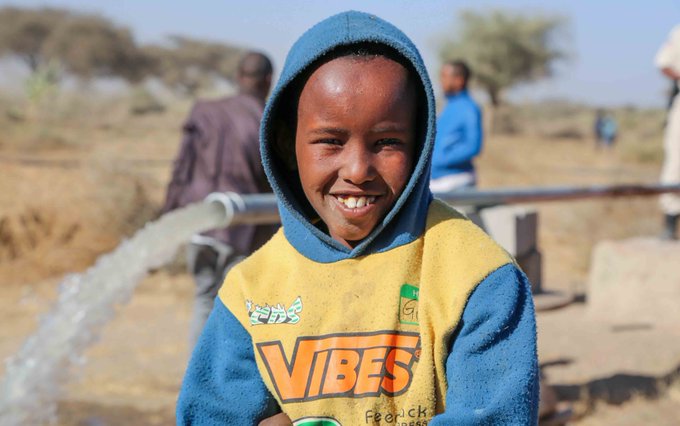 “When the pipes reach our neighborhood, I will stop selling water and go to school.” In Tog Wajaale, with the completion of the EU-UNICEF Urban Water Project, Ismail’s dream of an education is finally coming true. W/ @europeaid @EU_in_Somalia 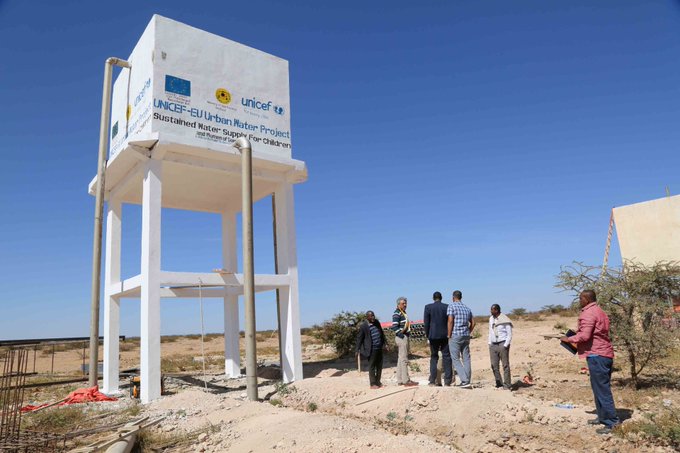 Water is life. Thanks to generous funding from @europeaid, water systems in Borama, Burao, Erigavo & Tog Wajaale were rehabilitated/rebuilt. For the 800,000 residents, safe, affordable water is no longer a dream but a reality.

32 people are talking about this

The CEO and the top-echelon management team with him at the meeting briefed the delegation of the extent of banking, remittance, digital payment, and other empirical services the Group provided. 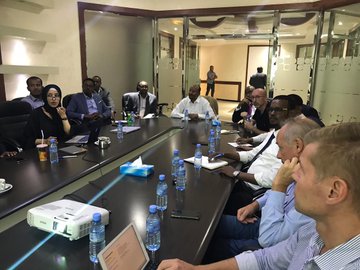 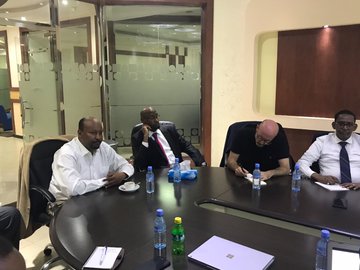 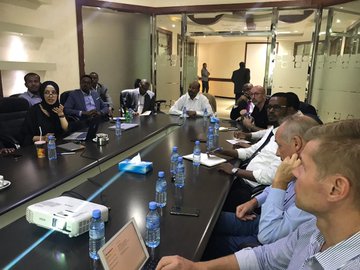 On its part, the delegation showed a keen interest in how those services were directly linked to development, and how, specifically, the state and the international agencies could support institutions like Dahabshiil with requisite instruments to protect them nationally and internationally at many levels.

The EU and EU-related programs use Dahabshiil services extensively, and have, often, given citations and glowing commendations about how services extended played a crucial role in the success achieved by those programs over the years.

Somaliland: Is eastern Africa’s drought the worst in recent history? And are worse yet to come?